Spring has finally arrived in Michigan. The daffodils are blooming and the road construction workers have emerged. Bursts of orange cones and yellow blooms dot the landscape.

I stopped in REO Town yesterday because I had never been there. Just as the second shift employees were leaving for the day, I pulled up in front of the Board of Water and Light REO Town Plant  I overheard a conversation about safety codes, but most of the men were walking with purpose, eyes dead ahead.

The three stacks from the power plant loom over this part of town, so they are featured in quite a few photos. In the belief that having a fixed lens would force me to think more about framing the photos, I left my piece of shit 18 to 55mm lens at home and went with the 35mm.

After wandering around town for a couple hours, I stopped in Discount Dave’s Liquidation Center. Part furniture store and part architectural salvage, I bought a chair for $10 and got a fantastic deal on an old school clock that doesn’t work.

I strapped the chair down in the back of the truck and headed for Michigan State University to edit the photos. On the way, Rad called and told me that our friend in Tampa died the night before. Instead of working on photos, I decided to drink heavily. So these photographs are straight out of my camera. 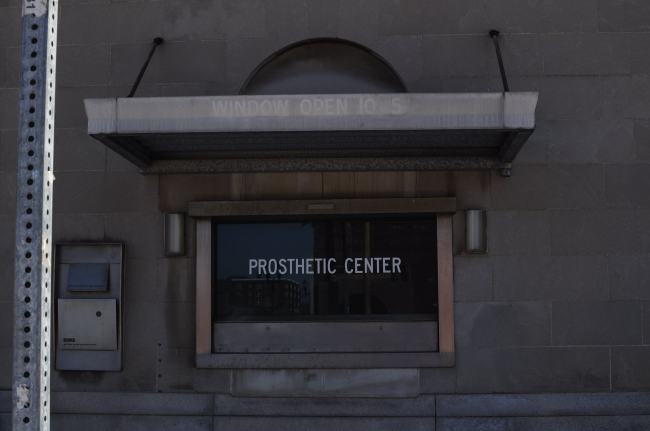 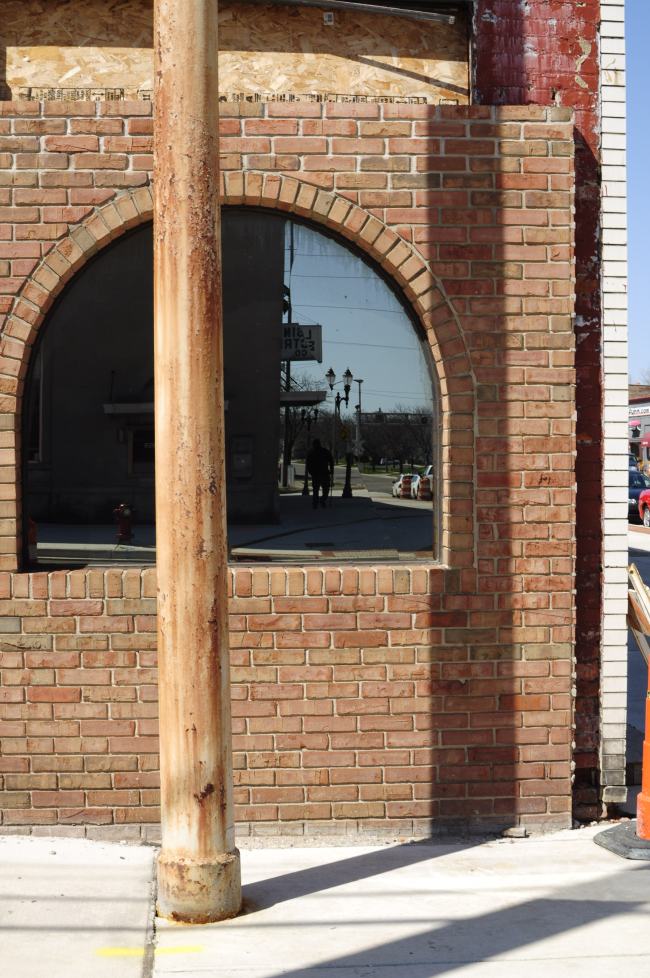 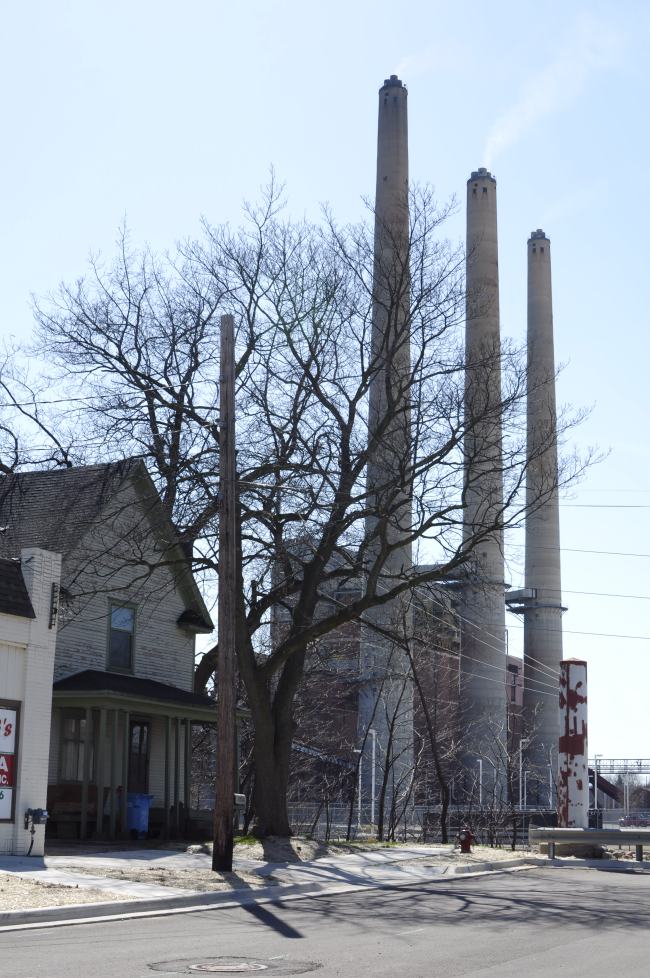 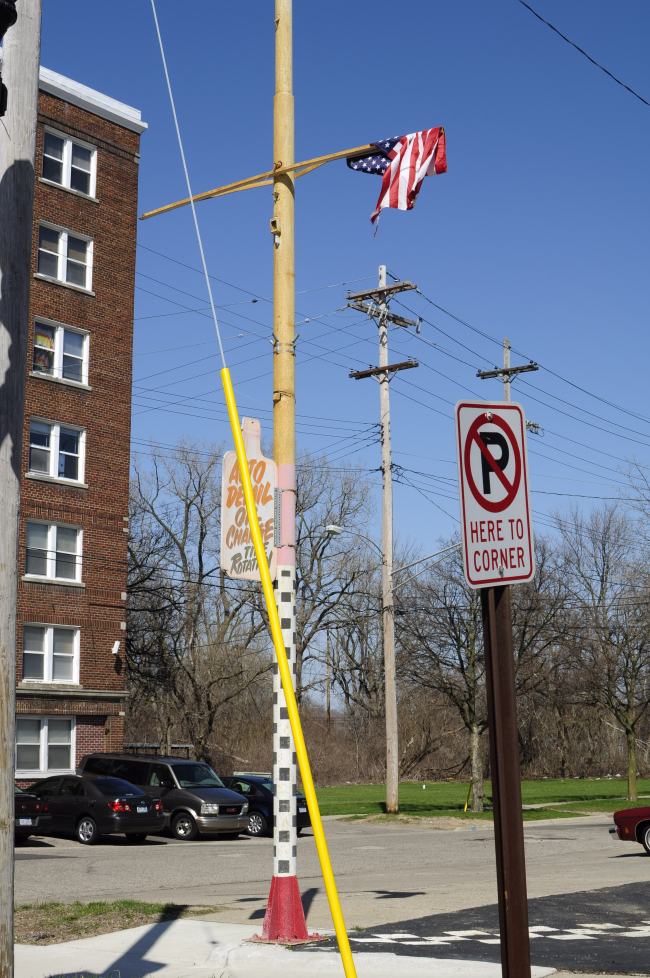 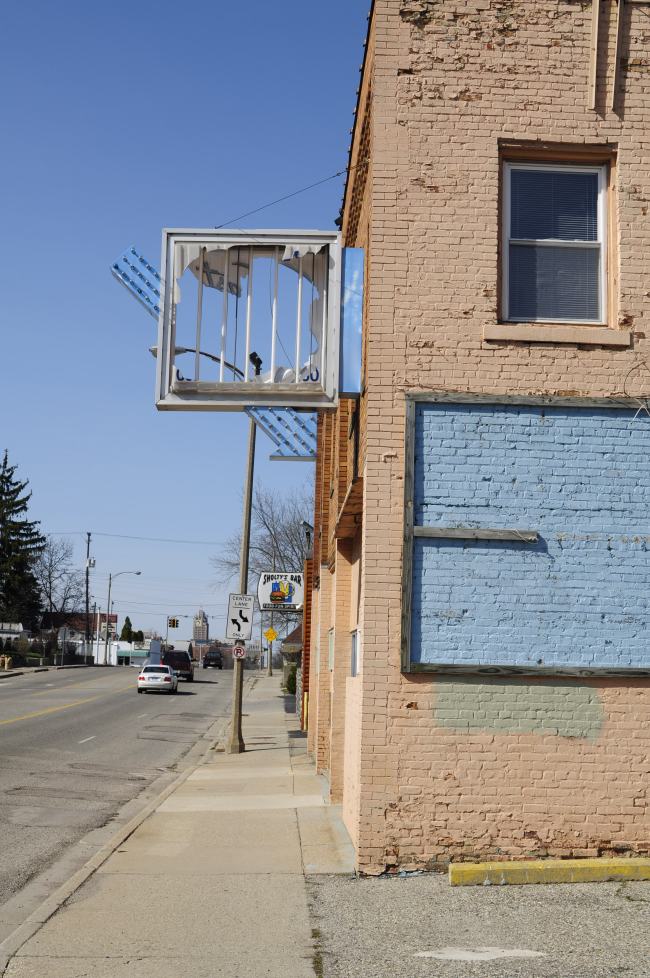